Tenchu 4 (天誅 4, - Tenchū 4?), released in North America as Tenchu: Shadow Assassins, is the eighth release in the Tenchu franchise, and the fourth installment in the main series.

In the land of Lord Gohda, peace has not been fully restored and rumors of betrayal have been whispering throughout the country of Gohda. As

a result, Lord Gohda calls upon the Azuma Ninja, Rikimaru and Ayame, to investigate. Rikimaru soon discovers that someone is planning to start a war. Meanwhile, Counselor Sekiya, Gohda's right hand man, arranges for a fortune-teller to predict the future of Gohda's domain. Unfortunately, the fortune-teller turns out to be an impostor and kidnaps Princess Kiku, Lord Gohda's daughter. Rikimaru goes on another mission for lord Gohda to resume the investigation on the nuisances that have been troubling the land, while Ayame chases the impostor without hesitation. He then discovers that Daimyo Tado is the one behind all this. Lord Gohda then decides to declare war on the country of Tado, and travels to his land with Rikimaru. Lord Gohda, upon arriving onto the soil of the country Tado, gave Rikimaru the mission of assassinating Daimyo Tado. After Rikimaru succeeds in infiltrating his war camp and assassinating Daimyo Tado's, the woman who posed as the fortune-teller, a

Shida Kunoichi named Rinshi, appears and tries to kill Rikimaru in battle, but fails thanks to the intervention of Tachibana Hyakubei, who was hired by Gohda. After Lord Gohda's order, Rikimaru heads back to the Castle. When he arrives however, he is attacked at the entrance gate by the guard who was ordered to consider him a traitor by sire Sekiya. Ayame had actually succeeded in rescuing the princess but had briefly fought who appeared to be Rikimaru, but was actually Rinshi in disguise. She then flees the castle in full disguise and takes her to a hideout. The Princess then reveals to be Rinshi in disguise and wounds Ayame, but Rikimaru arrives just in time to save her, and kills Rinshi in heated combat. Lord Gohda, noticing his castle in flames, realizes that it was all Sekiya's doing, and orders Rikimaru to get back there and assassinate him. After he seemingly takes Sekiya's life and saves Princess Kiku, Sekiya rises again and reveals himself to be Onikage, who reveals it was he who orchestrated the events then challenges Rikimaru to a final duel. Rikimaru ultimately with master

sword skill gains the upper hand but Onikage uses the princess as a shield, forcing Rikimaru to drive his sword through her to get to Onikage and kill him. Ayame, who had followed Rikimaru, cries upon Kiku's death. The extended ending (attained by collecting all pieces of map in normal mode) shows Ayame speaking in Onikage's voice, appearing that she was possessed by Onikage, with his voice in the background of her voice, when she says "Rikimaru". Reasoning that the only reason of Rikimaru stabbing Kiku was to lower Ayame's self-esteem then make his move to possess her.

Unlike the previous installments to the series, Tenchu: Shadow Assassins, has a more actual feel to the gameplay, as the character controlled by the player, will need to focus on stealth, hide in the shadows, and think strategically in order to finish a mission. The two playable characters in the game are: Rikimaru and Ayame. Many items have been removed from this installment of the game, including the grappling hook. The player is limited to carrying 3 items. While doing a mission, the player must not carelessly approach any hostile unit, as if the player is spotted, the hostile unit will attack the player. If the player is attacked twice, the player will have failed the mission, but if a sword is carried in the player's inventory, the player will have the option of battling the hostile unit. The battle consists of two phases, "Attack" and "Defend" in the Wii version of the game the player is to swing the "Wiimote" as the game displays in order to block the enemy's attacks, this is only done during the "Defend" phase. During the "Attack phase", the player has to swing the "Wiimote" according to the direction given from the game so that the player may deal damage, and possibly slay the hostile unit. Items will play an important role in the game, as some are useful for survival, while others are handy in killing hostile units, some items that are included in the game are: katanas, shurikens, rubbles, and a bamboo tube, used to blow out fires or any kind of lighting, shurikens and rubbles, have a similar purpose as they both can push a hostile unit after it has been hit by these items, and make them fall off a tower, or fall into a well, or even get burnt because of a brazier that the hostile unit maybe standing close to.

While previous Tenchu games were known for censorship and changing shurikens into kunais in Europe, this game has both shurikens and kunais in all versions of game.

The gameplay of Shadow Assassins for the PlayStation Portable is generally the same as the Wii version. However, controls have been altered to fit the console's functionalities, thus removing the motion controls, although some similar controls have been retained such as moving the analog stick of the PSP to move forward and pressing the D-pad to choose between items in your arsenal (same functions as the Wii Remote and Nunchuk). Also, the controls for doing a stealth kill have been slightly changed; the player now has to press the face buttons of the PSP console to trigger it and moving the analog stick in the direction they want to perform the stealth kill.

PSP version also has simplified physics with no ragdoll and no ability to kill enemies by falling body from above. It's also impossible to fail a stealth kill in PSP version while Wii version has additional QTE in some kills that when failed make player fail performing a stealth kill. PSP version also lacks some objects on maps like a box covering a secret cat passage in mission 6 or burning fire in garden part of mission 7. Because of console limitation also fog effects are absent as well as reflections and water transparency.

Enchanced version of Tenchu 4 on PSP, exclusive to Japan. It has all stuff from US/EU versions (Jumping on rafters, new costumes and "restart section" option) as well as completely new Multiplayer mode.

Multiplayer consists of co-op missions that can also be played alone. Killing enemies as well as clearing missions give player experience that can be used to improve characters as well as to unlock new items, abilities and characters such as Rinshi and Onikage.

There are new unlockable moves that can be performed in co-op as well as abilities to kill most enemies with shuriken or luring enemies using voice. Players can also unlock Onikage's special ability to set enemies on fire.

There are many variants of enemies from main game such as ninjas or armored samurais in new colors providing higher difficulty. Other enemies appearing on stages include mysterious Rikimaru's clone and Onikage himself.

Although this mode is absent in regular US/EU version, there are multiplayer files and character portraits which means this mode was possibly meant to appear in regular version as well. All characters are also fully voiced in english. 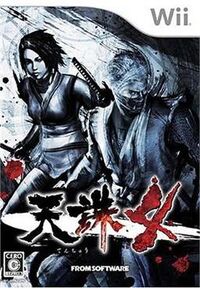 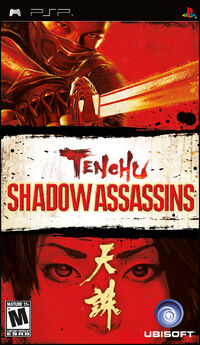 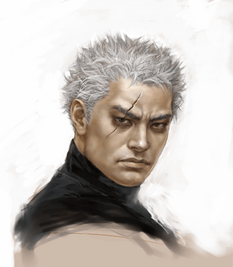 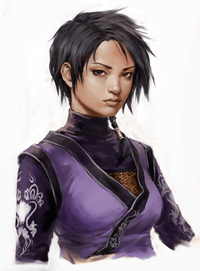 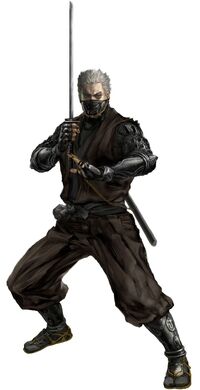 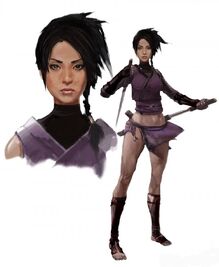 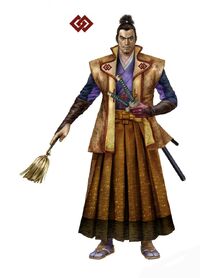 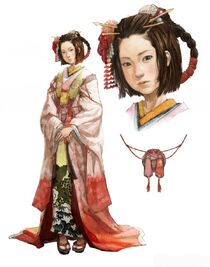 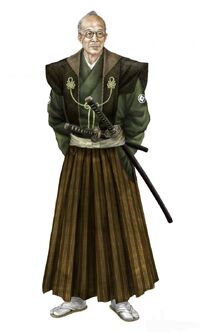 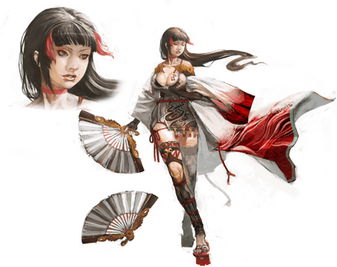 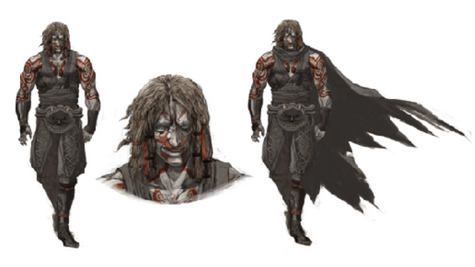 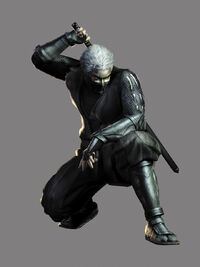 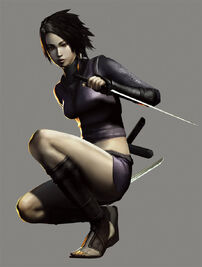 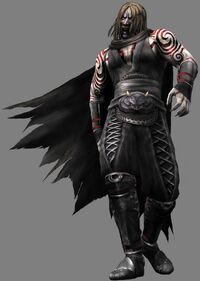 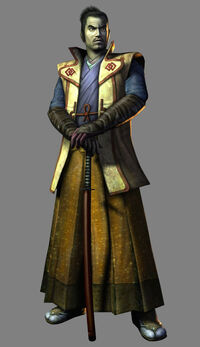 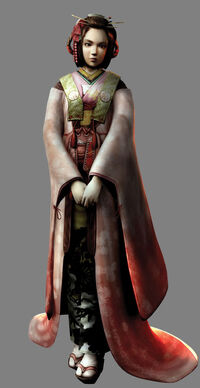 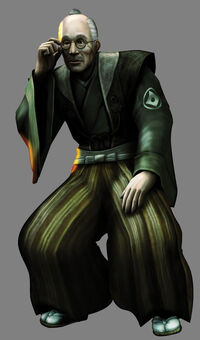 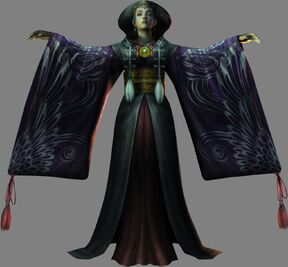 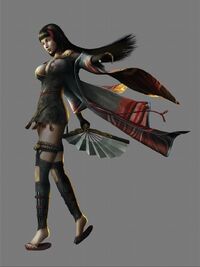 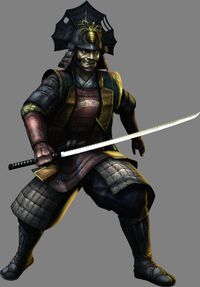